Mr. Gary Kessler is an Independent Consultant for his own company, Kessler Integrated Systems Solutions, LLC. In this capacity, he performs a broad range of technical, management and organizational efforts in support of Government and industry in the execution of Department of Defense activities in the areas of strategic planning, program management, workforce development, systems engineering and test and evaluation, primarily focused on navy manned/unmanned platforms and weapon systems. In addition, he serves on the Board of a large business, a start-up business, The Patuxent Partnership, and is the current Executive Vice President of the Southern Maryland Navy Alliance. He was promoted to the Senior Executive Service in August 2006 and had over 35 years of Federal Service.

Mr. Gary Kessler served as the Deputy Assistant Secretary of the Navy (Air Programs) (DASN(AIR)) from October 2014 to January 2018. He was the principal advisor to the Assistant Secretary of the Navy for Research, Development and Acquisition (ASN(RD&A)) on matters relating to aircraft (manned and unmanned), air-launched weapons, cruise missiles, airborne sensors and avionics. DASN(Air) monitors and advises ASN(RD&A) on programs managed by the Naval Air Systems Command (NAVAIR) and affiliated Program Executive Offices (PEO).

Mr. Kessler served as Executive Director for Naval Air Warfare Center Aircraft Division (NAWCAD) from April 2010 to October 2014, responsible for ensuring that business and financial objectives were met and that the overall mission was executed in a safe and efficient manner. In his role as Deputy Assistant Commander for Test & Evaluation for NAVAIR, he was responsible for the appropriate implementation of policy and guidance of T&E matters emanating from the offices of Commander, Vice Commander, and Deputy Commander in addition to the successful execution of T&E throughout NAVAIR.

Mr. Kessler graduated Cum Laude from the University of Maryland in 1982 with a Bachelor’s degree in Aeronautical and Aerospace Engineering. He received his Master’s degree in Business Administration in 1987. He received a Doctor of Humane Letters (Honoris Causa) from St. Mary’s College of Maryland in May 2016. He is a graduate of the Defense Systems Management College, the Senior Executive Management Development Program and the Leadership Maryland Program. Personal awards include the Secretary of Defense Superior Management Award, FCT Program Manager of the Year, ANA Edward H. Heineman Award, University of Maryland Glenn L. Martin Medal and the Meritorious, Superior and Distinguished Civil Service Awards. 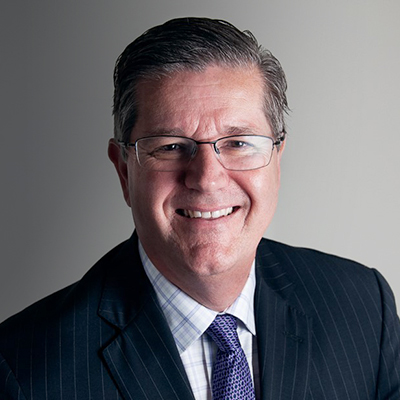